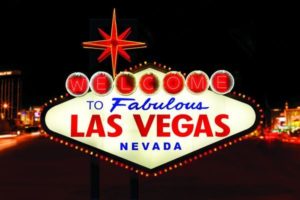 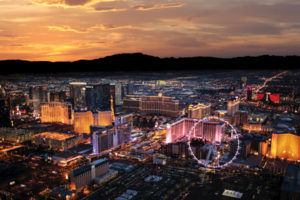 Get ready to laugh, love and be inspired. The shows of Las Vegas rival those of any city on Earth. From the aquatic acrobatics of Le Rêve – The Dream at Wynn Las Vegas to the comedic puppetry of Terry Fator at The Mirage, there’s a show for every sensibility.

Several shows have made the leap from Broadway to Las Vegas Boulevard. See the one-man show Defending The Caveman at the D Las Vegas or celebrate the big-hair band era of the 1980s at Rock of Ages inside the Rio All-Suite Hotel and Casino.

If music is what moves you, catch music icons Boyz II Men at The Mirage, Jennifer Lopez at Planet Hollywood Resort and Casino, or Donny & Marie at Flamingo Las Vegas. No one hosts the biggest names in music and entertainment like Las Vegas. For a musical trip down Memory Lane, check out the Million Dollar Quartet at Harrah’s.

There are seven distinct shows from Cirque du Soleil, including Michael Jackson ONE at Mandalay Bay, paying tribute to the King of Pop. You can tap into your sensual side at the adults-only Zumanity at New York-New York. The choreography, music and magic are unique at each show, but the excitement and energy can be found in each one. 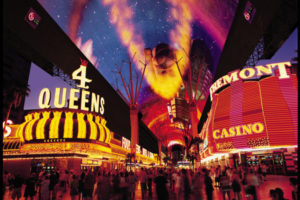 Today’s modern showgirl offers the same vintage Vegas appeal, but as times have changed, so have the Strip’s sexier shows. The cast of Fantasy at Luxor performs complex dance routines in a variety of seductive costumes.

Don’t worry. The ladies aren’t forgotten. The gentlemen of Thunder From Down Under bring considerable Australian charm to the stage nightly at Excalibur. And the dapper, bow-tied men of Chippendales at the Rio always deliver.

That’s to say nothing of the touring shows that stop in Las Vegas at such impressive venues at MGM Grand Garden Arena, the Joint at the Hard Rock Hotel & Casino, or intimate Pearl Theater at Palms Resort and Casino. The biggest names in music, boxing, comedy and more make sure to stop in Vegas.

When the shows let out, the excitement doesn’t stop. Nightclubs across the city are just starting to heat up. With resident DJs known around the world, the beats are infectious and the energy undeniable. The new Hakkasan at MGM Grand features five levels and 80,000 square feet of adrenaline-pumping excitement.

When the celebrities visit, you’ll find them hosting at a variety of not to-be-missed hot spots like Marquee at The Cosmopolitan, The Sayers Club at SLS Las Vegas, TAO at The Venetian, Chateau Nightclub and Gardens at Paris, Ghostbar at Palms, XS at Encore, Drai’s at The Cromwell, Body English at Hard Rock Hotel and LIGHT Nightclub at Mandalay Bay.

It isn’t hard to find a party in Vegas. It’s hard to pick just one. Make a game plan today to pack the most into your Vegas getaway.